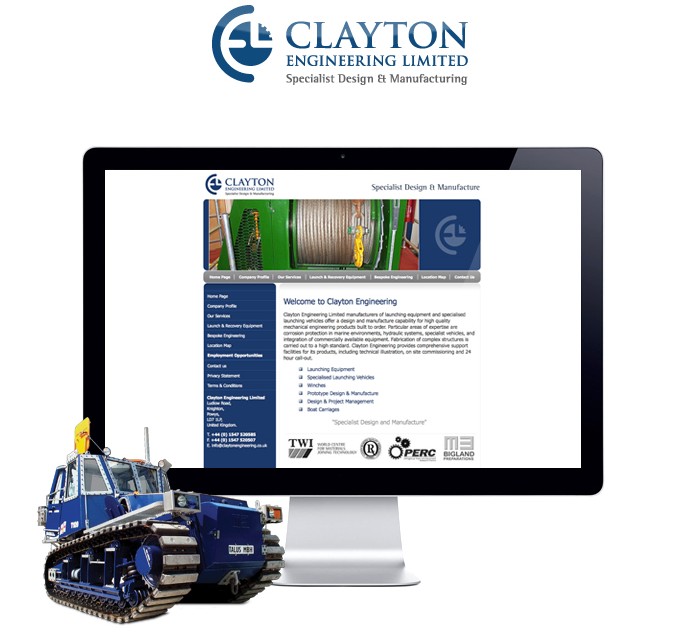 A number of website companies had been approached to produce a new website but with no success. Visualcode were invited to put forward a proposal and responded with a prompt and professional approach. It was clear that Visualcode were able to encompass all the expectations of Clayton Engineering Limited and also proposed many worthwhile ideas including the redesign of the Company logo.

The generation of the website was carried out in approximately 6 weeks and was completed in time for a major exhibition that Clayton Engineering Limited were attending in Sweden. The website has been very successful and has resulted in the number of hits per month increasing by a factor of 70%.